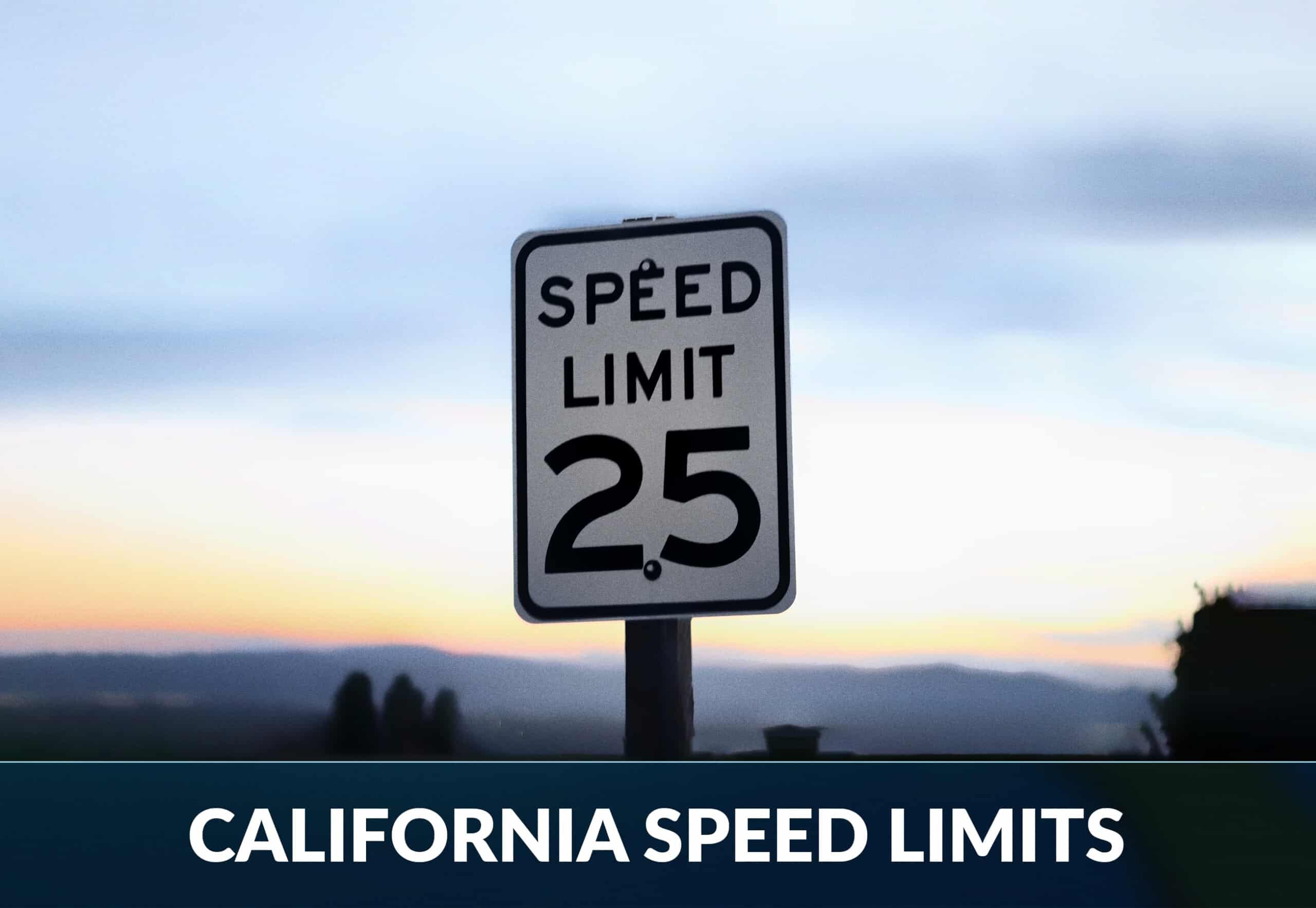 This is a post about speed limits, the major speed laws &amp; speeding. Today you&#8217;ll learn about:

P.S. Click on a topic if you want to skip to it.

Speeding isn’t worth it. You may save a few minutes, but you will also drastically increase the chance of being involved in a car accident.

Speed is directly related to the severity of the injuries in a crash &#8211; the faster you’re driving, the more likely the crash is to have a serious or fatal outcome.

A higher speed increases your stopping distance, which means you will be less likely to stop in time to avoid a hazard. Speeding and aggressive driving are one of the highest causes of fatalities on the road.

Adapt your speed to the conditions

In less favorable conditions, you must drive slower than the posted speed limit so you have time to stop in time for a hazard.

Such road conditions include:

What Are the Maximum Speed Limits in California?

Here are the common maximum speed limits in California:

Posted sign showing a maximum speed limit of 65mph on a highway.

This law is set in place to reduce the amount and the severity of crashes. It states that you’re not allowed to drive faster than the speed limit under any circumstances. This act is called speeding.

Many drivers violate this law when passing other vehicles. Don&#8217;t make the same mistake &#8211; you&#8217;re never allowed to exceed the speed limit!

You must never drive faster than what is safe for current conditions &#8211; this is called the ‘The Basic Speed Law’.

In bad conditions, e.g. heavy fog, you may be cited by law enforcement for driving for the conditions even if you’re driving below the speed limit.

Here are 4 factors to help you determine a safe speed:

Driving too fast is against the law, but so is driving too slowly. The California minimum speed law states that you can be fined if you obstruct or delay traffic.

Driving too slowly can be just as dangerous as speeding since other road users won&#8217;t expect it.

If you can’t drive with the flow of traffic, keep right so other vehicles can pass on your left.

What Are Advisory Speed Limits?

Advisory speed limits are used to indicate the maximum speed that is safe to drive in good conditions. You are recommended to reduce your speed in these speed zones temporarily and display caution to get past safely.