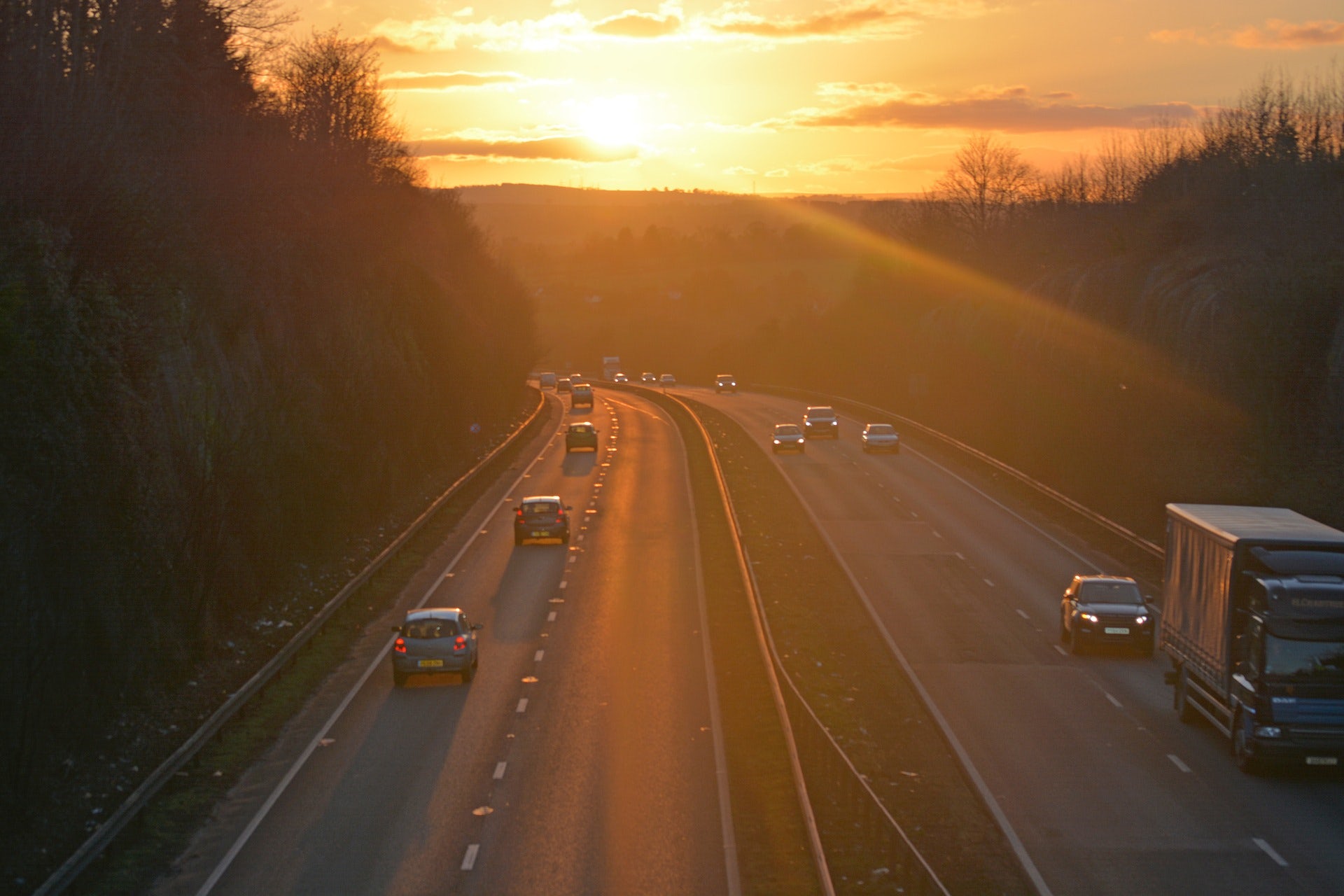 Be careful when driving on motorways as speeds are high, traffic may be heavy, and drivers may be stressed.

Motorways are off-limits for certain types of vehicles, including motorcycles under 50cc, powered wheelchairs. mobility scooters and certain slow-moving vehicles.

How to join a motorway

When you join the motorway you will normally approach it from a road on the left (a slip road) or from an adjoining motorway. You should:

Make sure that you do not get stuck at the end of the slip road as both you and drivers behind you will be forced to enter at a much lower speed than the motorway traffic.

How to drive on the motorway

When you can see well ahead and the road conditions are good, you should:

You MUST NOT reverse, cross the central reservation, or drive against the traffic flow. If you have missed your exit, or have taken the wrong route, carry on to the next exit.

Drive in the left-hand lane

You should always drive in the left-hand lane when the road ahead is clear.

Do not overtake on the left or move to a lane on your left to overtake. In congested conditions, where adjacent lanes of traffic are moving at similar speeds, traffic in left-hand lanes may sometimes be moving faster than traffic to the right. In these conditions you may keep up with the traffic in your lane even if this means passing traffic in the lane to your right.

The right-hand lane of a motorway with three or more lanes MUST NOT be used (except in prescribed circumstances) by passenger vehicles.

If an emergency, stop in the hard shoulder with your hazard lights activated

You MUST NOT stop on the carriageway, hard shoulder, slip road, central reservation or verge except in an emergency, or when told to do so by the police, traffic officers in uniform, an emergency sign or by flashing red light signals.

How to exit a motorway

Prepare ahead of time so you can exit smoothly

Be aware that travelling at high speeds can make it difficult to judge your speed once you slow down or move off the motorway. You will most likely think that you are travelling much slower than you actually are.