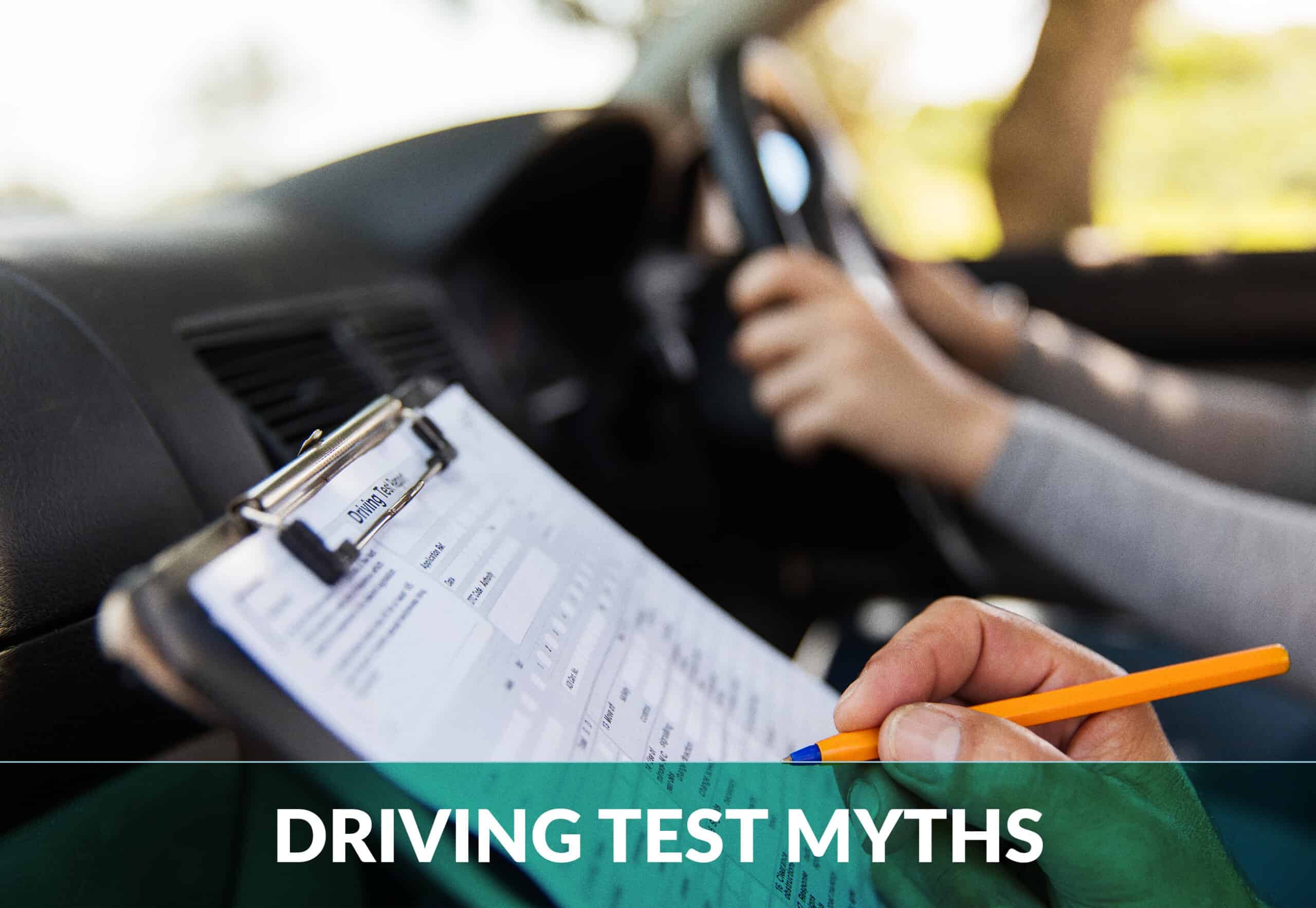 When you’re learning to drive, everybody is an expert. Whether it’s a parent giving their two cents on the best way to ace the test first-time, or a friend sharing their horror story of how they failed, everyone has their opinion on driving tests and it can be hard to separate fact from fiction.

And when you’re already busy trying to prepare for the test, all of this information can be hard to process, so we’re going to dispel some of the more prevalent myths surrounding driving tests.

Driving examiners have a ‘pass quota’

If you know someone who has failed their test (perhaps on more than one occasion…), they may have suggested to you that the reason that they failed was actually nothing to do with their driving ability or lack thereof, but rather that they fell foul of a ‘pass quota’, meaning that examiners have to pass or fail a certain number of students.

It might sound like a good excuse, but as you can probably guess, it isn’t true. Whether you pass or fail your test is based purely on the number of faults you accrue and there is no reason that your examiner would benefit from failing you.

Despite this, if you do have apprehensions about an examiner, you are allowed to take your driving instructor or another observer on the test with you as a witness.

You should drive slower to prove that you’re careful

Of course, showing that you’re a careful and safe driver is important, but driving slowly is not the way to demonstrate this.

In fact, doing so will likely have the opposite effect on the examiner, as crawling along at a snail’s pace could cause other drivers to speed up to avoid getting stuck behind you, or slamming on your brakes to slow down could cause someone to crash into the back of you.

Department for Transport statistics show that in 2020 there were 82 accidents caused by people driving too slow and in fact, two of these were unfortunately fatal, in addition to 21 that caused serious injury, showing that driving too slowly can potentially have disastrous consequences.

Showing such a hesitant approach will only serve to make you come across as nervous and unsure too.

Of course, some nerves on the day are to be expected and your examiner will understand this, but do your best to drive as you normally would.

Any of the following causes an instant fail:

Stalling the car is obviously something you want to avoid on your test, but it doesn’t mean that you’ll fail there and then.

If you do stall, it’s important not to panic, as you can actually make it work in your favour if you show that you react well under pressure.

If you calmly restart the car and make sure that the road is safe before setting off again, then there’s no reason why you can’t still pass.

On the other hand, if you panic and put other road users in danger, or stall multiple times, then you could be in trouble.

It’s important to know this, because if you get it in your head that you’ve failed the test, then you will be unfocused for the remainder of the test. Instead, you should carry on as best you can to the end of the test.

As with stalling, if you do happen to take a wrong turn on your test, it’s all about how you react and whether it puts anybody else in danger.

If it’s an honest mistake then your examiner will simply redirect you to the correct route and there should be no harm done.

Again, just make sure that you don’t panic or make any sharp turns to try and rectify your mistake, as this could cause an accident.

Crossing your hands on the wheel

Similarly, there’s a popular myth that crossing your hands on the steering wheel will cause you to immediately fail your test.

While most instructors would recommend that you use the ‘pull-push’ technique when steering, it’s ultimately up to you.

You have to use a car from the test centre

Not only is this not true, but test centres also don’t even provide their own cars. Instead, you usually use your driving instructor’s car, or you can use your own car if you have one (and it meets certain rules such as being taxed and insured).

The important thing is that it is your responsibility to provide a car for your test and you certainly don’t want to turn up at the test centre without one!

In fact, your instructor can refuse to let you use their car if they think you aren’t ready for the test, even if you’ve already paid for one.

You should study the route before your test

The simple reason that this isn’t true is that there isn’t one set test route that your test centre uses.

Each centre will have multiple routes that they take, so it’s more important that you have a good knowledge of the local area in general.

But even with this knowledge, factors such as the traffic, the weather and other hazards mean that driving the same route twice can be a very different experience, so putting your energy into studying for the test itself would be a much better use of your time.

Getting stuck in traffic can help to ‘run down the clock’

The standard driving portion of a test lasts for 40 minutes, so if you’re nearing the end of that period and think that sitting in traffic for five or ten minutes will be an easy way to see out the end of the test, you’d be wrong.

While your examiner should take you on a route that avoids heavy traffic, if you do happen to get stuck for an extended period of time, then they’ll likely just extend the length of the test to make up for it.

For a proper rundown of exactly what happens on a driving test, head to the GOV.UK website and if you’re looking to pass your driving theory test, check out our courses here.