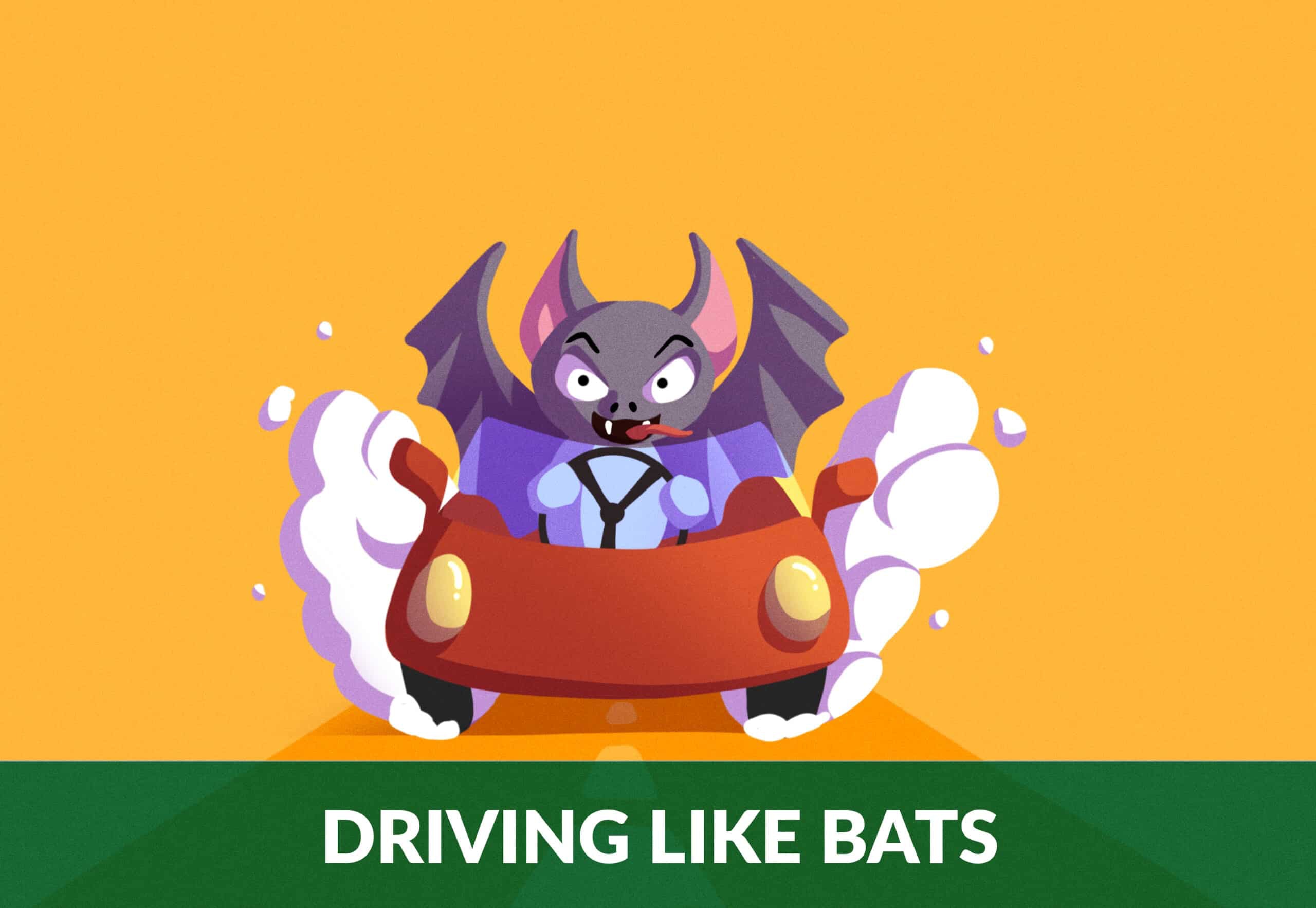 COVID-19 Is Making People Drive Like Bats Out of Hell

It’s 2020. Do you know where your car keys are? If you’re like me, you’ve already checked the couch and have no idea.

But if you’ve found your keys and are ready to hit the open road, you may want to take precaution before getting in your car. It’s been reported that in the US, UK and Australia, reckless driving has been rampant during the COVID-19 pandemic where people are now driving like bats out of Hell.

There may be fewer drivers on the road, but those drivers that are out there driving like they’re in a video game with unlimited lives. Is driving actually getting more dangerous? To answer this question, let’s plunge right in and see what’s transpiring around the world.

According to the Governors Highway Safety Association (GHSA), sparse traffic on roads in the U.S. has led to an increase in speeding and other types of dangerous driving. I get it. You see an open road ahead of you, and all of a sudden you want to become Dale Earnhardt Jr. But I’ve got news for you. You can’t be Dale Earnhardt Jr. in a Subaru.

Police in Colorado, Indiana, Nebraska and Utah have seen drivers going as fast as 100 mph on highways. Cars in Los Angeles are moving 30% faster on many streets, and daily speeding tickets in New York City have nearly doubled since last month. This isn’t the Walking Dead, so stop driving like you’re fleeing from zombies. In Georgia last month, a pregnant woman didn’t get the memo. Seniqua Lunsford, 38, was arrested for carjacking a CBS news van that happened to have another pregnant woman inside. You might think to yourself, maybe they were just driving to the local maternity ward together. But no, it turns out that Seniqua’s destination was another car that she crashed into shortly thereafter. Fortunately, both women escaped with minor injuries.

Speaking of Georgia, it may be one of the most dangerous places in America to drive at the moment. Governor Brian Kemp recently signed an executive order so that residents can get a driver’s license without taking a road test, effective May 1st. Let me repeat – residents can be approved to drive without actually driving. Does this seem like a good idea to you? The reasoning is so drivers can avoid physical contact during a driving test while social distancing is mandated. Wouldn’t it be great if this extended to other facets of life: like getting into college without having to take any standardized tests and answer that annoying question about which train will arrive at the station first?

Outside of the U.S., the BBC has also reported that in the UK, speeding motorists have been observed traveling at more than double the speed limit during the lockdown. In one instance, a London driver was recorded at 134mph in a 40mph limit zone.

In another instance, a driver was stopped in Sudbury, Suffolk, after traveling at 80mph in a 30mph zone with no insurance and no driver’s license. I don’t know about you, but if I didn’t have insurance or a driving license I’d be wearing my seatbelt, going the speed limit and… oh yeah, NOT DRIVING.

Both of these drivers happened to be men. Interestingly, a study by Rachel Aldred from the University of Westminster in London found that women are safer drivers than men. The researchers looked into six vehicle types — bikes, cars/taxis, vans, buses, trucks and motorcycles — and found that men were more dangerous to other road users in five out of the six categories. So the next time your husband makes an obnoxious remark about a ding he found on the fender of your car, smack him upside the head and tell him, “Dings don’t kill people, male drivers do.” The team behind the research went on to say, “We suggest policy-makers consider policies to increase gender balance in occupations that substantially involve driving, given the greater likelihood that other road users will be killed if men rather than women are driving or riding.”

On a positive note, it has been reported that UK road travel has fallen to 1955 levels due to the COVID-19 lockdown. Incidentally, there has also been a big drop in air pollution, which is likely to reduce early deaths from lung and heart conditions, especially if the lockdown continues. Additionally, noise pollution, which is known to have adverse effects on human health, is also down. This means quieter streets with more wildlife venturing into some towns. Be prepared to get acquainted with your friendly neighborhood groundhog and make sure your garbage cans are under lock and key.

In Australia, research from the National Road Safety Body shows that one in four Australian drivers admit to taking more risks on the road after coronavirus restrictions were put in place. Speeding has increased by 17 percent, mobile phone use while driving by 9 percent, running a red light or stop sign by 5 percent and drunk driving by 3 percent. For example, a woman in Melbourne recently drove her car down three flights of stairs after driving over a pedestrian overpass. The question here is, was she drunk or does she just hate stairs? We may never know. (Actually, she was most definitely drunk). Apparently, coronavirus not only attacks the lungs, but it has also been impairing the brains of motorists on all continents.

The good news is that although drivers across the world have been driving more dangerously during the COVID-19 lockdown, all signs point to the overall decrease in the number of traffic-related deaths since fewer cars are on the road. Does that make it safer or not? It’s an interesting philosophical question. There may be fewer overall deaths, but if you’re out driving on the road, you may find yourself surrounded by more dangerous drivers. So the next time you need to drive to the grocery store to pick up milk, make sure to keep your eyes and ears open and practice safety on the roads. Or else, just know that you may be carjacked by a pregnant woman or driven down a flight of stairs.