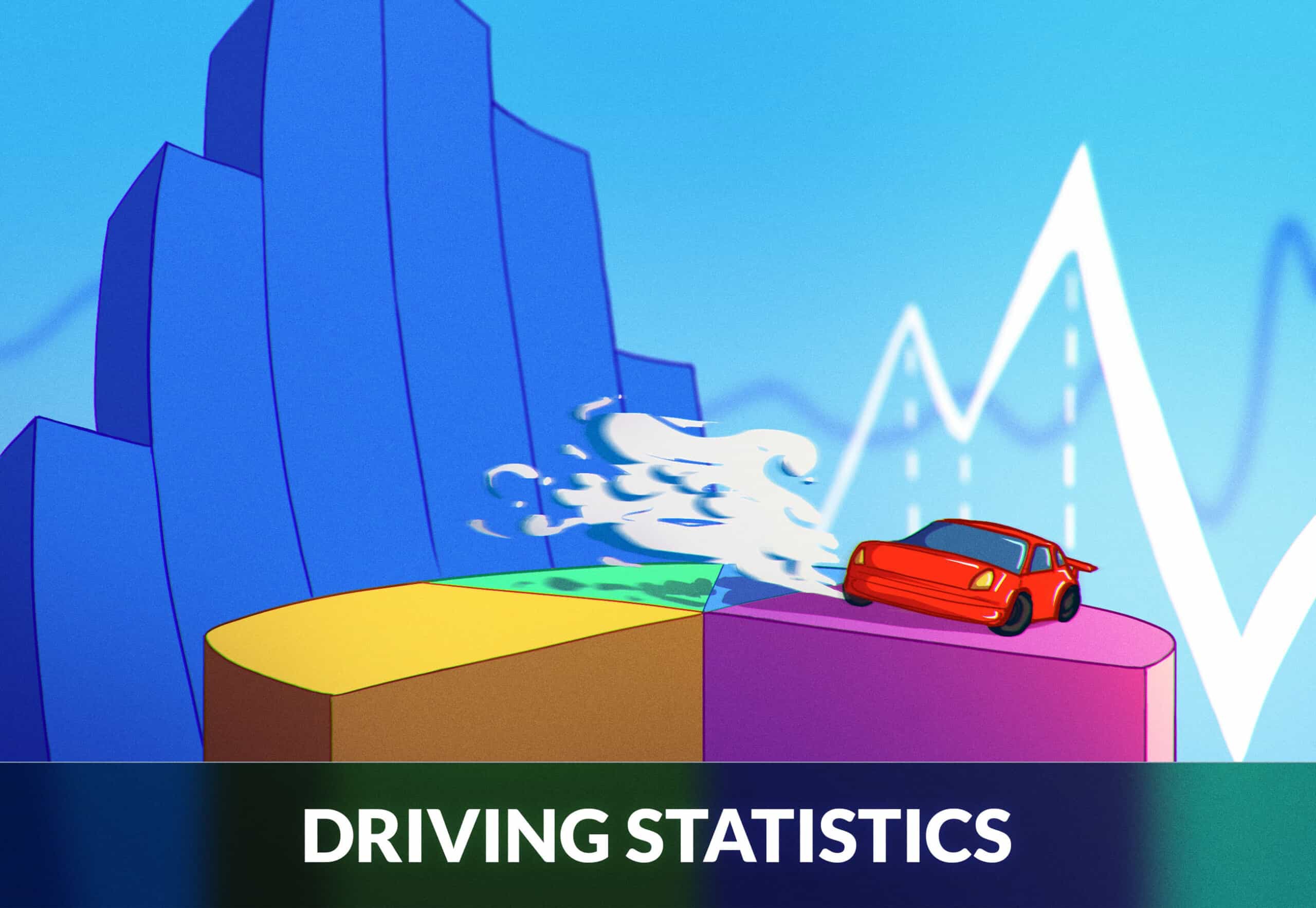 Looking for the latest driving statistics in the United States? We’ve gathered all of the most important car accident statistics available in 2022 in one place to make it easily accessible for everyone. The data comes from reputable sources and governmental agencies to ensure accuracy.

Below, you will find some of the most noteworthy statistics on a general level. We will then go through specific areas more in-depth, such as DUI and speeding.

Is distracted driving actually as bad as everyone says? Well, yes. Just take a look at these statistics.

Drunk driving plays a major part in the road accidents that occur each day. Although it’s slowly getting better, it’s still far from good.

Pedestrians are also at huge risk of being involved in driving accidents. In fact, pedestrian fatalities have steadily been rising the last decade.

Learn how children are affected, and to what extent.

How safe are actually teenage drivers on the road? What are the main causes of teenage road fatalities and injuries?

Are senior drivers safer or more dangerous on the road? Here are the driving statistics that stand out the most.

Black ice, snowstorms, and other hazardous winter conditions. It sounds dangerous, but just how dangerous is it really?

Is there any correlation between accidents and speeding? Well, take a look at the statistics.

Are there any states that stand out in the data? Let’s see.