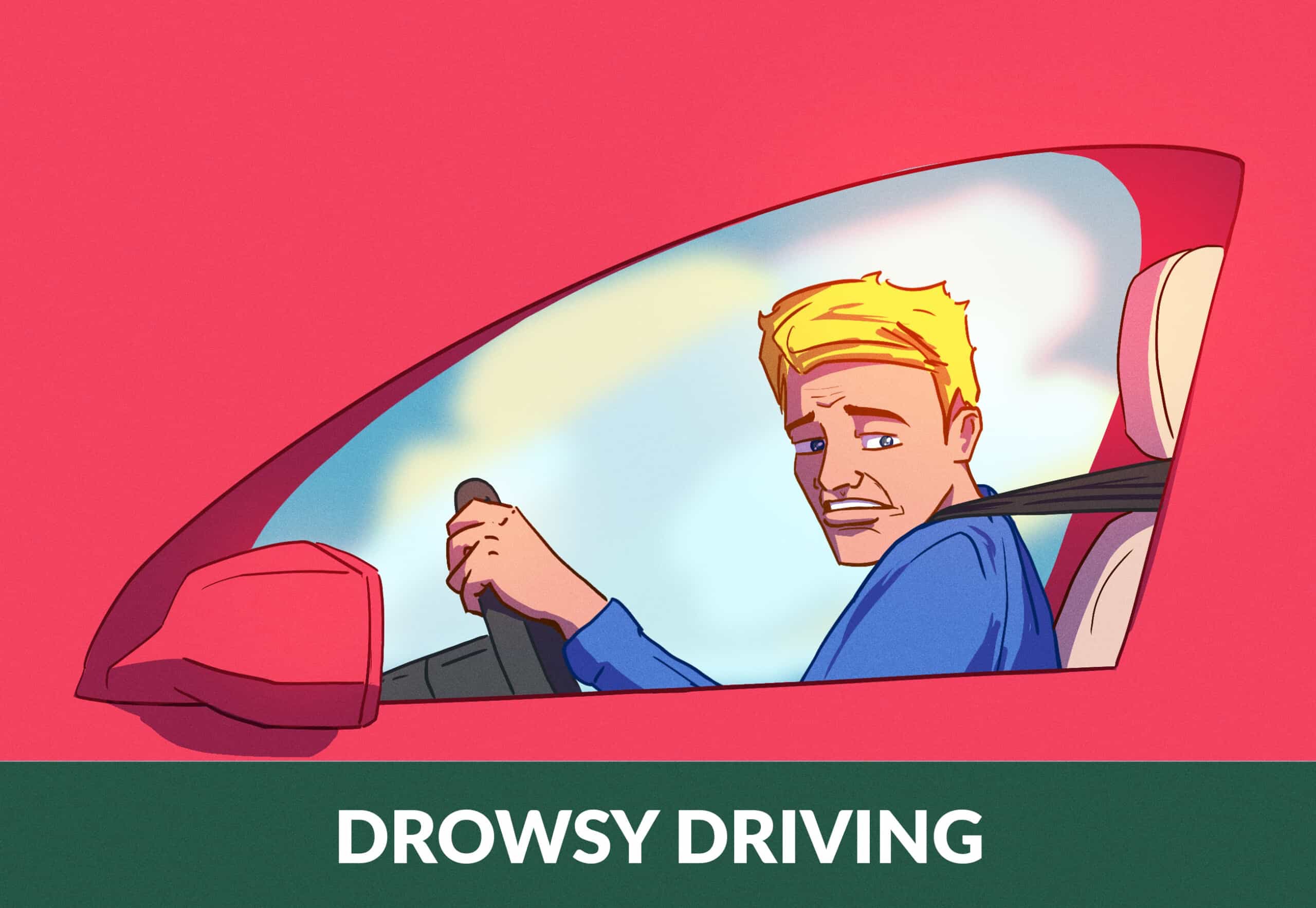 Driver fatigue, or drowsy driving, is the feeling of being tired, sleepy, or exhausted when driving and is a major cause of crashes. It affects everyone regardless of driving experience, but experienced drivers are often better able to avoid fatigue by knowing when to take a break.

Fatigue can slow your reflexes, affect your attention, affect your judgment, and cause you to fall asleep at the wheel.

The Dangers of Drowsy Driving

Drowsy driving can cause microsleeps. Microsleep is a short, unintended loss of consciousness characterized by the closing of the eyes, head-snapping, or nodding. At 60 mph a 1-second microsleep means that the car will travel about 88 feet without the driver having any control.

A 1-second microsleep is enough to cause a dangerous situation.

Every year across the United States, almost 100,000 crashes are caused by drivers falling asleep at the wheel. Almost half of these involve drivers between 15 and 24 years old.

The only way to stop fatigue is by getting enough sleep.

What are the Early Signs of Drowsy Driving?

Below are some of the most common signs of drowsy driving. If you recognize any of them while driving, try to pull off the road and get some rest before continuing.

If you find yourself having a hard time staying in your lane – pull off the road.

When Does Driver Fatigue Normally Happen?

You’re at higher risk of becoming fatigued if driving at night.

How to Avoid Drowsy Driving