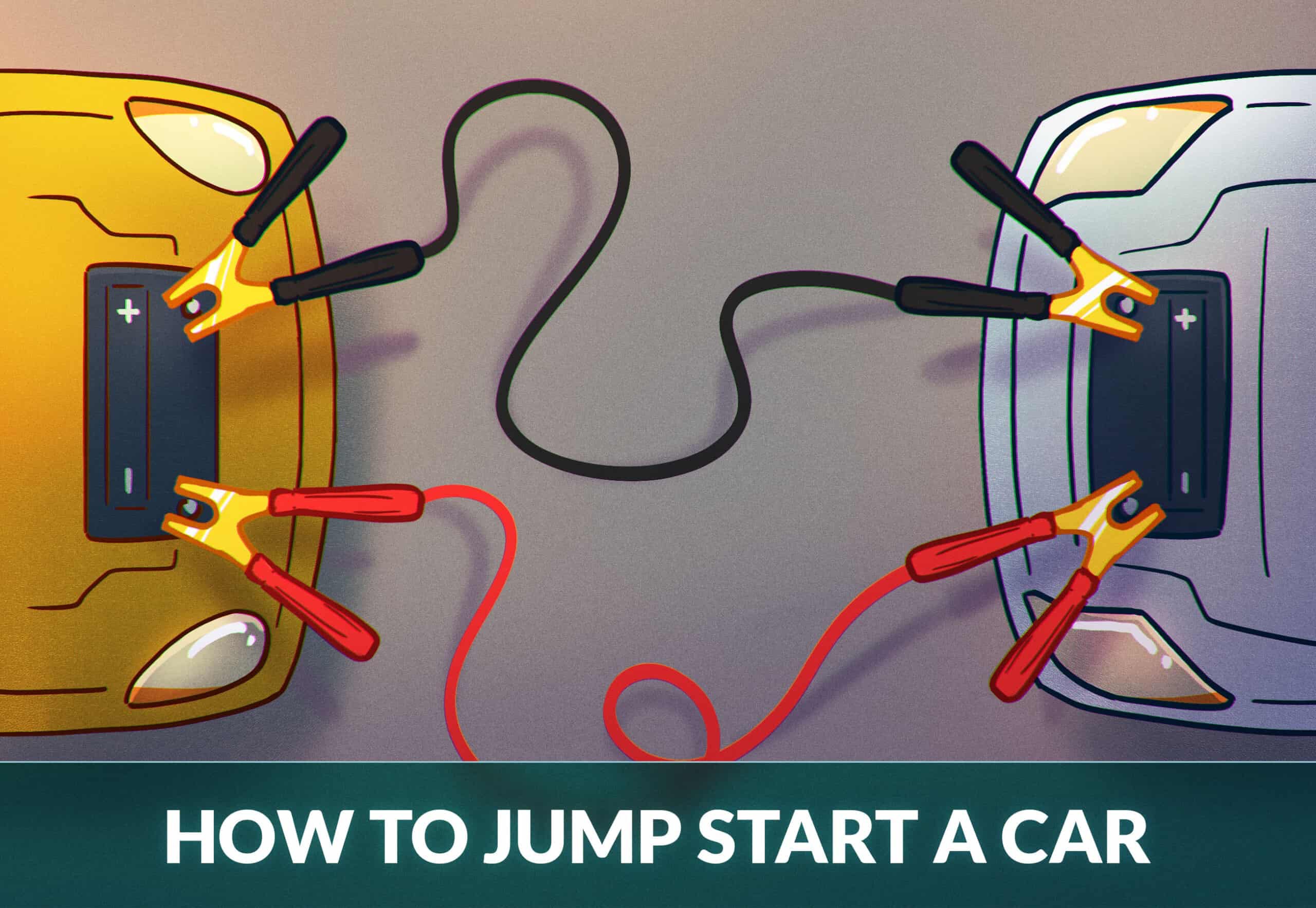 How to Jump a Car (Step-by-Step Guide)

Due to how easy it is to accidentally drain a car battery, you may find yourself having to jump start your car or help others jump their car every so often.

There are many situations that can result in a dead or drained battery, for example:

If your car battery dies repeatedly, you should drive to a mechanic’s shop to let them help you solve the issue or replace the battery entirely.

When NOT to Jump Start a Car

Before we go through the steps on how to jump a car, you should know that not all car batteries are suitable for jump-starts. There are a number of instances when you should simply replace the battery, such as when the battery is visibly damaged (corroded, cracked, or leaking), frozen, or dry.

Always find your vehicle’s manual and read through the parts related to your car and battery model. Some car manufacturers, car models, and car batteries need specific handling due to sensitive circuitry. For example, some car manufacturers don’t recommend jump starting the car, but rather that you replace the battery right away.

How to Jump a Car in 3 Simple Steps

Make sure to follow these exact steps when jump starting a car to avoid a battery explosion.

Step 1 – Locate What You Need

Locate the car’s battery. It’s usually located close to the engine under the front hood, but for specific car models, it can be placed next to the spare wheel in the trunk. Once you’ve found your car’s battery, you should do the following.

What is a Portable Jump Starter?

A portable jump starter is essentially a battery-box used to jump a vehicle without connecting to another vehicle. If you use a portable jump starter, you can connect the cables (usually comes with the box) directly to the dead battery. Just apply (+) to (+) and (-) to (-) per the instructions on the box.

Most people do not have a portable jump starter in their car and will instead need to jump start the car with jumper cables connected to another vehicle. You will then use the battery of the “donor” vehicle to recharge the dead battery.

How to Attach Jumper Cables

Note: Do NOT touch clips together when connected. It will short-circuit the battery causing a risk to you and others with sparks flying all over the place.

After you have attached the jumper cables, you can finally transfer energy to jump start the car.

As previously stated, you should remove the jumper cables in the reverse order you connected them. This means that you should follow these steps:

What If Your Car Doesn’t Start?

Unfortunately, car batteries can get permanently damaged if they are depleted for too long. If you have tried the steps in this article, including re-checking the jumper cable connections, and your car still doesn’t start – it’s likely you will have to replace the battery for a new one.

Don’t worry though, replacing a car battery is usually a swift process and costs between $50 to $200 depending on the type of replacement battery needed.