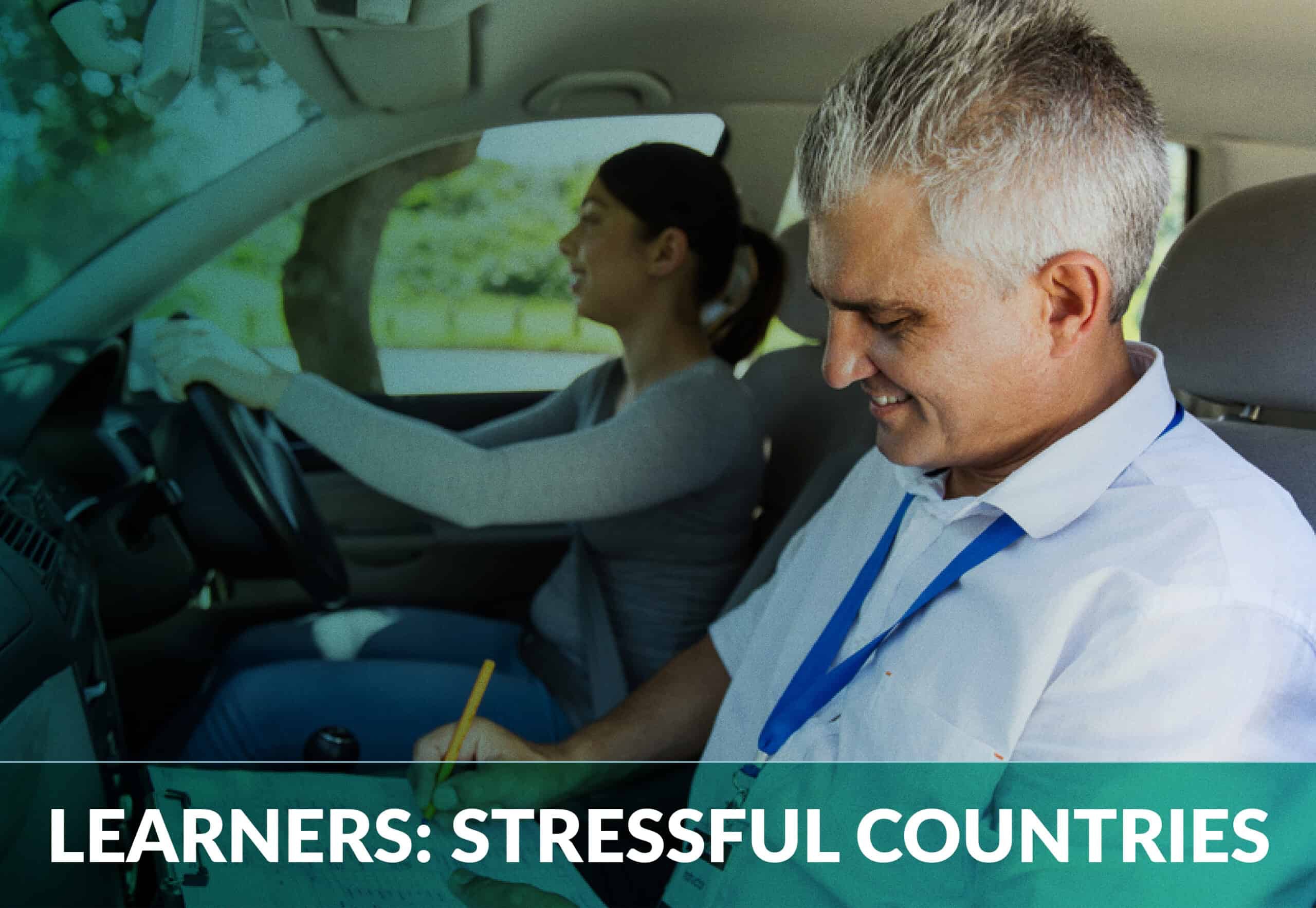 Most Stressful Country To Be A Learner Driver

Learning to drive can be a stressful and anxiety-inducing experience for anyone. Getting behind the wheel is a high-pressure situation, especially when it’s all so new to you and it can be easy to feel out of your depth.

All manner of things can affect how easy the process is, from the safety and congestion of the roads to the costs involved with things such as fuel and buying your first car.

But where do learner drivers have things the toughest? We’ve analyzed these factors and more in a number of countries around the world to see where are the most stressful for learners, and where you’re more likely to ace your driving test.

The most stressful countries for learner drivers

The lowest-scoring country when it comes to learning to drive was Romania, with a score of 4.87 out of 10.

In particular, the European nation was the worst country when it comes to the quality of road infrastructure, with a score of 32.6 out of 100, and also fared poorly when it came to congestion on those roads, with the average journey taking 42% longer than it would do in free-flow scenarios.

Second is Malaysia, primarily due to the sheer volume of vehicles on the roads in the Southeast Asian country, at around 85,000 per 100,000 people.

Malaysia has one of the most comprehensive road networks in Asia and all those vehicles clearly correlate to a lot of accidents too, with a rate of 23 road traffic deaths per 100,000 people.

Another country located in Southeast Asia comes in third, this time the Philippines. The country had the worst score when it comes to traffic congestion, with the average rush-hour journey taking 53% longer than in normal conditions.

The Philippines also had a relatively low road quality score of just 44.8 out of 100, being a newly industrialized, emerging country and only around a quarter of roads were paved as of 2018.

The most stressful country for…

When learning to drive, you want your lessons and test to be as smooth as possible, and constant stopping and starting in traffic can make concentrating on the task at hand a lot harder. Of the countries we looked at, the Philippines had the highest level of traffic congestion, with a score of 53%, which means that the average journey in the country’s major cities takes 53% longer than it would do in free-flow conditions.

Being safe on the rod is the number one concern for everyone, especially learners. The worst country on our list for the safety of its drivers is Saudi Arabia, where there are 36 annual road traffic deaths per 100,000 people. In fact, road accidents are the leading cause of premature death in Saudi Arabia.

While first and foremost you have to focus on your own actions as a learner driver, it’s also important to be aware of other road users. The country that has the highest proportion of vehicles on the road was Finland, with 94,343 per 100,000 people.

As well as being the lowest scoring country overall, Romania had the worst score when it came to the quality of road infrastructure in the country. While major urban streets are in fairly good condition in Romania, the issue lies with smaller secondary roads, which often have poor lighting and narrow, unmarked lanes.

We ranked each country on the following four factors, giving each a normalized score out of 10 for each, before taking an average across all four scores.

The congestion level according to TomTom’s 2020 Traffic Index. This percentage shows the additional time that a journey would take in each city when compared to free-flow conditions.

The mortality caused by road traffic injury (per 100,000 population) according to the World Bank.

The number of registered vehicles (per 100,000 population) according to the World Bank.

The quality of road infrastructure scores out of 100 according to the World Economic Forum’s Global Competitiveness Report.