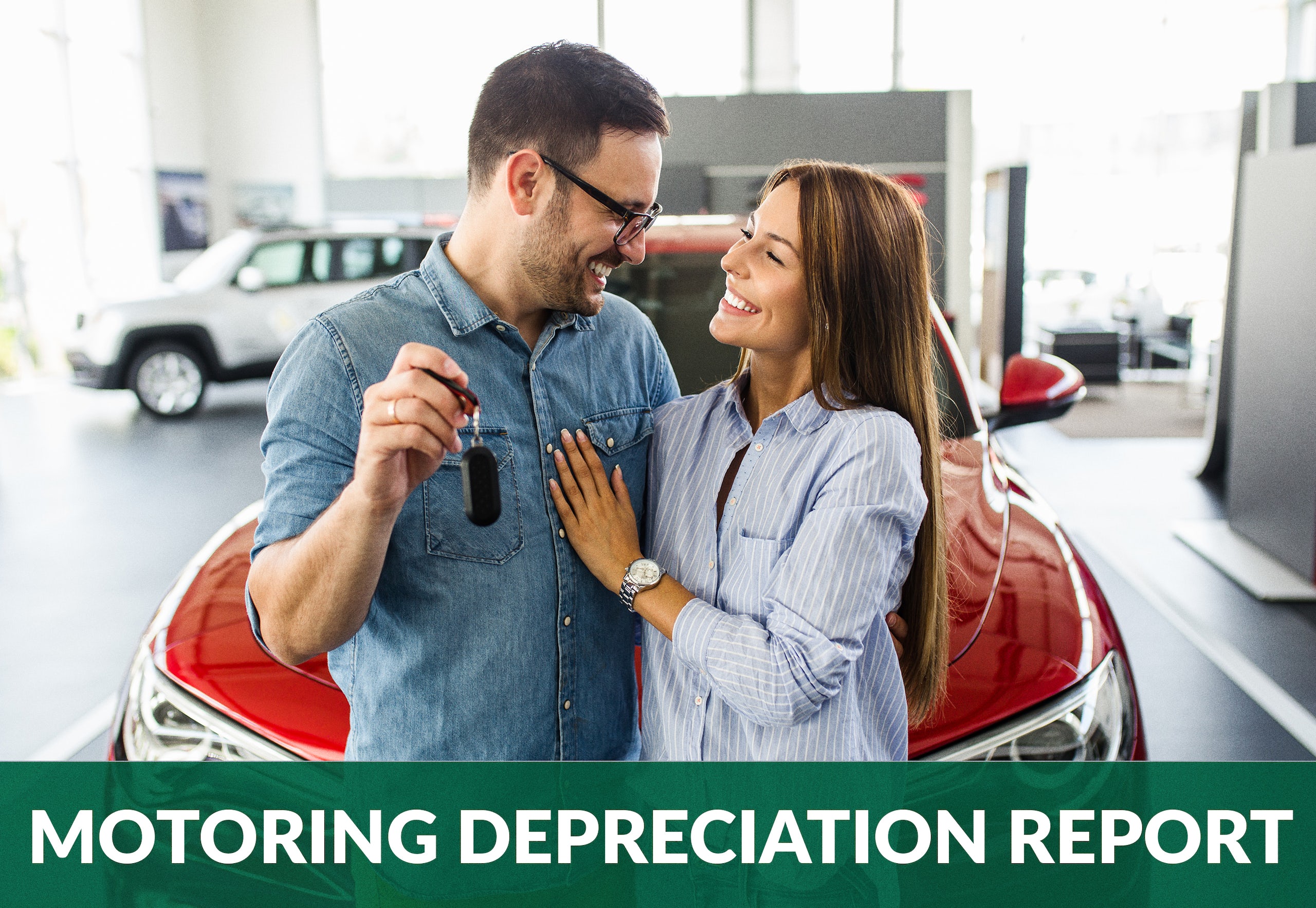 When buying a new car one of the most important factors is whether or not the vehicle will hold its value so that it can be resold without the owner finding themselves out of pocket. After you learn to drive, the idea will be to buy a car that suits the owner&#8217;s needs, but it is imperative to make sure that it holds its value, or buying a replacement could become problematic.

Last year, using data we revealed the cars with the highest and lowest levels of depreciation in the UK. Since then a few things have changed, ergo a new ranking had to be developed, discovering the new cars on sale today that hold their value the best over a three-year period. Meanwhile, those with high levels of depreciation will become bargains on the second-hand market in a few years for the smart shopper.

However, the UK is just one tiny area of the motoring world. In the USA there are almost 300 million registered vehicles on the road, and therefore it is important to reveal the depreciation rates of new cars for the American motorist.

Which new cars hold their value best in the USA?

The car which holds its value best in the United States is the Toyota Tacoma pickup truck; this Japanese truck has been on sale since the mid-1990s. Toyota pickup trucks have a reputation for bulletproof reliability and sturdiness, and consequently, after three years they could be almost as good as new, resulting in a small drop in value.

By far the best selling vehicle in the USA is the Ford F-Series, this monolithic titan of the American motoring industry has been on sale since 1948 and over 40 million have been sold since then. Although it is the most popular car, it is only second in terms of depreciation, after three years the average F-Series pickup will lose just under a quarter of its value.

The Ford Ranger is the little brother of the older and larger F-150, but both pickups share the same average rate of depreciation over three years. With prices starting at just under $30,000, the Ranger is just over $10,000 less than the F-150, and after three years it will still be worth over $22,000.

Which new cars lose the most value in the USA?

On the other end of the spectrum, the Kia Sorento is the car that will lose you the highest percentage of your investment in the United States. On average, the Sorento will lose over half its value in three years, returning a paltry $13,831 compared to a $30,000 + investment on the new vehicle.

Another small SUV style car has the second-highest rates of average depreciation in three years, the Chevrolet Trax is the second of only two cars to lose over half its value during the period. Although the Trax is a reasonably cheap investment for a new car, you will be left with just over $11,000 compared to an investment of just under $23,000.

The Mercedes GLE class is also an SUV, however, it is a much more luxurious high-end vehicle than the other two. Unfortunately, this does not protect it from high rates of depreciation, after three years an investment of almost $57,000 will slide to under $30,000.

Which new cars hold their value best in the UK?

The entry-level Mercedes car is the small A-class hatchback, a car that has improved vastly in style and substance since its launch in the late 90s. However, the Merc is still very expensive for the size of the car, and it is likely to be much more expensive than the base price with add-ons. Fortunately, the investment is a good one as the A-Class only loses a tiny 5.3% of its value over three years.

Another vehicle with an average three-year depreciation rate of under 6% is the Range Rover Sport. The Sport is slightly smaller than a standard Range Rover, with more of an emphasis on speed and performance than comfort and luxury, although it is still certainly considered a premium vehicle.

The Jeep Wrangler is a small 4&#215;4 produced by the American offroad company since the mid-1980s, the current edition costs just under £60,000 and after three years will have an average value of over £52,000.

Which new cars lose the most value in the UK?

The world is moving in the direction of electric cars, but customers who buy this particular EV will be massively out of pocket. The Zoe is an electric supermini costing over £30,000, a ridiculously high price for a car of its size, for this expense you get very little in terms of room. To compound the financial folly of buying this car, it depreciates at over 63% in three years, so that you’ll only recoup an average of just over £11,000. Customers who want their vehicle to hold good resale value should avoid this car.

The Peugeot 3008 has the second biggest depreciation rate of any cars studied. After purchasing the vehicle for over £22,000, 3008 drivers will also be losing money every day when they get behind the wheel, on average it will lose over 62% of its value.

Although the badge says MG, this car is made on the other side of the world from the company&#8217;s home in Oxford. These days the MG name and brand are owned by Chinese car company SAIC, however, this is not necessarily a bad thing given the reliability (and later financial) problems faced by MG in Britain. Although the ZS is reasonably priced it will lose over 60% of its value in three years, dropping from just under £28,000 in value to just over £10,000.