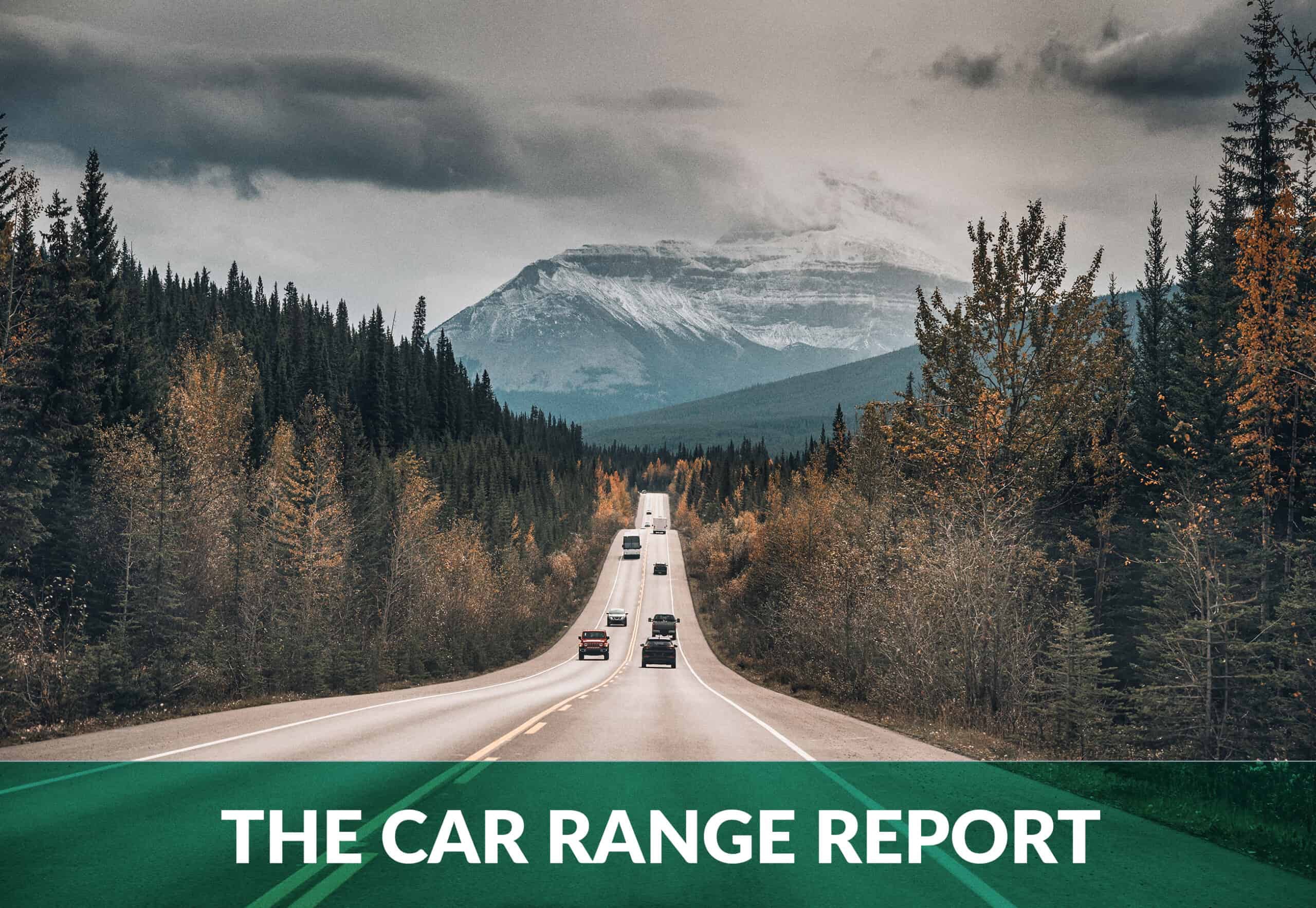 Which new cars give you the best range and have electric vehicles moved closer to their rivals?

With global fuel prices increasing rapidly, a car that gives you a good range on one tank of fuel is an increasingly important factor when choosing which car to drive, even when learning to drive. Therefore, a study has been conducted into some of the most popular new cars to discover which have the greatest range.

Additionally, the range of new electric cars on the market has been studied to discover which of the greener options can take you the furthest distance as electric vehicle (EV) battery technology continues to develop.

One of the problems holding back electric cars has always been their lack of range, coupled with the length of time it takes to charge them. But as they have become increasingly popular battery and charging technology has improved greatly.

However, in 2021 the range of EVs is still far below what you’d find from a conventionally powered car. The average range of fifty-three of the world’s most popular new electric cars is 231 miles, and this will only decrease as car batteries have less performance the older the car is. On the other hand, the average range of the internal combustion cars studied is 519 miles, which is a massive difference of 288 miles in average range.

Moreover, the EV with the best range (the Tesla Model X) has a range of 396 miles which would only rank it as the 84th best car for range when compared to its petrol and diesel counterparts. In fact, there are only ten petrol-powered cars which we studied with a shorter range.

Top 5 cars with the greatest range

The Nissan Navara pickup truck is the vehicle studied with the greatest range and the only one with over 700 miles. The Navara achieves this with a large 80-litre fuel tank which coupled with an average MPG of 40.4, means it can travel 710.95 miles on one tank of fuel.

The car with the second furthest range is the aptly named Range Rover. The luxurious offroader has a massive fuel tank capable of holding 86 litres of diesel, its MPG is relatively low at 36.7, but the massive fuel tank means on average it can travel almost 700 miles between trips to the pumps.

The Ford Mondeo has been a staple of roads across the world since it was launched in 1993, and although sales have dwindled in recent years it is still a stalwart of the motoring world. The Estate version of the Mondeo achieves an average MPG of 50.4 and coupled with a 60-litre fuel tank it can travel 665.2 miles on one tank.

The Skoda Superb is the largest family car that the Czech company sells, available as a hatchback or an estate. The Superb has a superb average range of 660.58 miles, and it achieves this with a 66-litre fuel tank and an MPG of 45.5.

The VW Passat and the Skoda Superb are essentially the same car underneath, as VW owns Skoda. Therefore they have a similar mechanical set-up, and both have a 66-litre fuel tank. However, the average MPG of the Passat is only 45, so it has an average range of around seven miles shorter.

Top 3 EVs with the greatest range

Tesla is a company solely dedicated to electric vehicles, and as such, it is unsurprising that their vehicles dominate the top of the range rankings. The flagship car, the Model S has the highest range on one charge of 396 miles. This means that you could just travel from London to Edinburgh or Los Angeles to San Jose on one charge.

The Model 3 has a 36 miles less range than the Model S, which means it can travel 360 miles on a single charge. All four of Tesla’s vehicles available in the UK are in the top ten of the rankings with the Model 3 being the second best of them.

The highest-ranking non-Tesla is the BMW i4, which only has a range two miles shorter than the Model 3. This big saloon has prices starting at around £50,000, whereas the equivalent petrol model costs around £10,000 less and has over 200 miles more range.

The Jaguar XF is a luxury saloon car built to rival the big three from Germany, and in terms of range, it is doing extremely well. The XF averages 33.63 MPG and has a 74-litre fuel tank which takes it almost 550 miles.

The F-Type sports car is considered by many to be a thing of beauty, a throwback to the Jaguars of old. However, this car is not all about sleek lines and nostalgia as the F-Type has a strong average range of 480.8 miles. It has a 70-litre fuel tank and averages 31.22 MPG.

The massive, monstrous, magnificent Maybach moves majestically on the road, this saloon is Mercedes&#8217; answer to Rolls-Royce and is a car favoured by business leaders and powerful people in society. The Maybach has a massive 80-litre fuel tank, so despite its poor MPG of 26.2, it can still travel 461.06 miles on a tank.