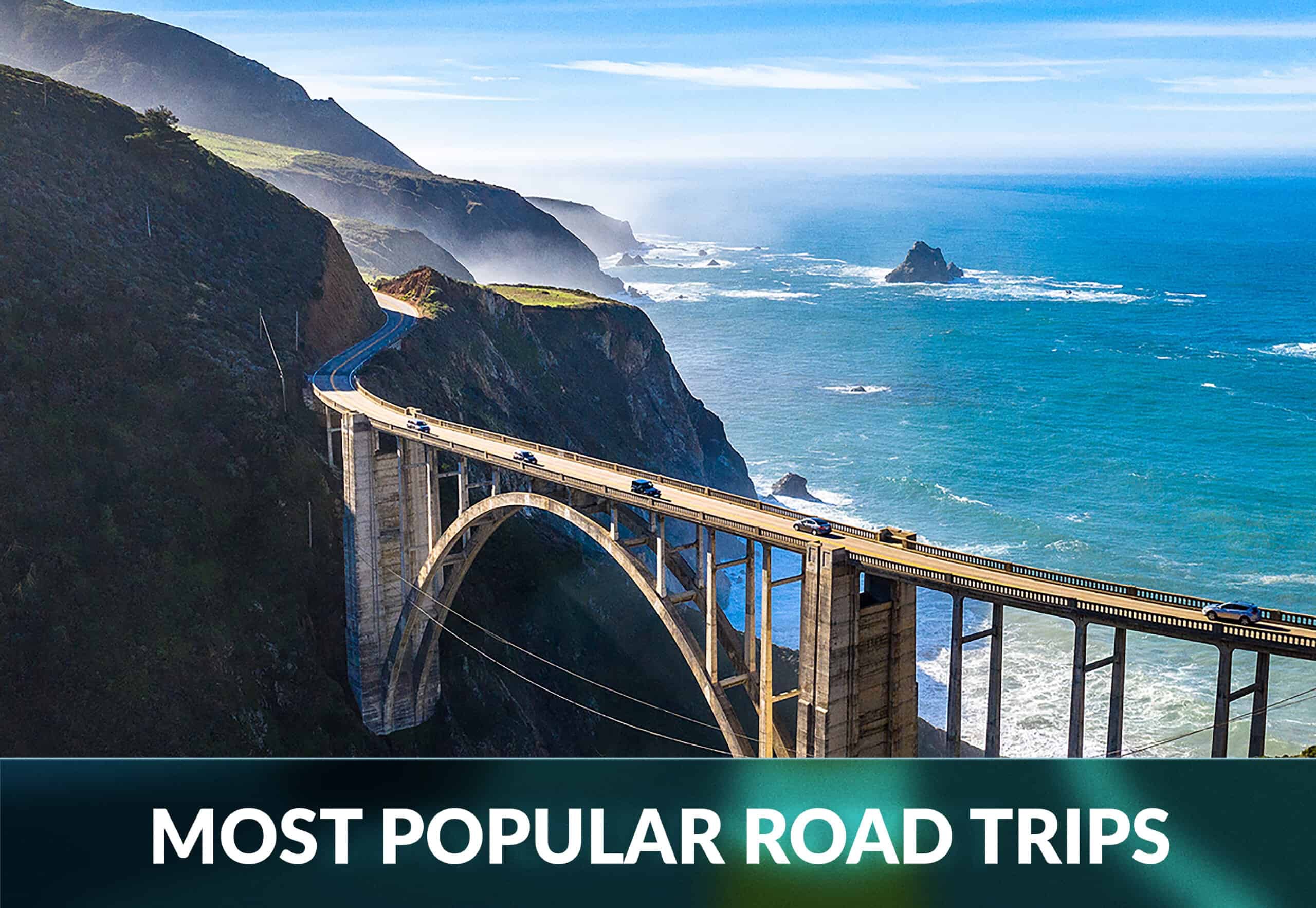 Where are the most popular road trips in the world?

Ever since the invention of the car in 1886, drivers have been fascinated by where their personalized motorized transport can take them. As the years have passed and roads and cars have improved and become more widely available, road trips have seen a concurrent rise in popularity. Once you pass your driving test and are free to travel the open road, the possible journeys are endless.

With restrictions on flights across the world, many people are now more interested in a driving holiday, and interest in road trips is on the rise. Using Google search data we have been able to establish which road trips are the most popular across the globe, and which ones interest residents of different nations the most.

On top of this, we have delved deeper into the data for the UK and the USA to understand where Brits and Americans are looking to travel within their own country for a stellar road trip.

The World’s Most Popular Road Trips

The most popular road trip in the world is the Big Sur Coast Highway in California, with just over 1 million more searches than its next closest rival. The section of road on California’s ‘State Route 1’ is breathtakingly stunning with a windy coastal cliff edge road flanked by the bright blue Pacific Ocean on one side, and towering Californian mountains on the other.

‘Get your kicks on Route 66.’ These famous lyrics from the 1940s written by Bobby Troup have helped cement the legacy of one of the most famous roads in the world. US Route 66 stretches from Santa Monica to Chicago for a total length of almost 4,000 kilometers, but as the road is no longer the main route across the country, it has become a quieter, more scenic way to cross America.

In northern Italy, we find some of the greatest driving roads in the world, and the Dolomite mountains are no exception. Specifically, the Great Dolomites Road is a road trip between Bolzano and Cortina d’Ampezzo that travels right across the mountain range and allows travellers to take in spectacular views along the way.

Salar de Uyuni is one of the most striking and spectacular landscapes on the planet, the largest salt flats in the world, and sit at a high altitude amongst the Andes mountains in Bolivia. The only way to travel this vast white emptiness is by car, and tourists frequently travel across the flats in 4x4s. In total over two and a half million people searched for the Salar de Uyuni in the past year.

From one incredibly barren landscape to another on the other side of the world, we come to the Gobi Desert road trip which was searched for over 1.5 million times in the past year. The desert covers parts of Mongolia and China and is one of the most sparsely populated parts of the planet, therefore those planning to drive through it have to plan ahead and take with them a lot of fuel and provisions.

Route 66 is the road trip location that is the most searched in the most countries with 54 nations having it as their most popular. Many African and European countries had Route 66 as their number one searched destination which suggests that it is the most attractive road trip to many around the world.

The second and third routes which came top in the most countries are the Big Sur, and Salar de Uyuni with 32 and 30 nations respectively. Unsurprisingly the latter is the most searched in most South and Central American countries, whereas the Big Sur appeared to be the most searched by the majority of the world’s most affluent nations.

The Most Popular British and Irish Road Trips

The most searched domestic road trip by British citizens is the NC (North Circuit) 500 in Northern Scotland. This beautiful and majestic road trip has become increasingly popular in recent years, and it is no surprise as to why, with beautiful driving roads flowing through spectacular mountains and coastline.

Across the Irish Sea, we find the second most searched road trip in the British Isles, the Wild Atlantic Way (although it was searched over half a million fewer times than the NC500). The route is stunning and travels the whole length of the west coast of the Republic of Ireland, from Malin Head in Donegal down through nine counties to Kinsale in Cork.

As the name suggests, the ring of Kerry is a circular route around the southwestern Irish county. Kerry is undoubtedly one of the most beautiful parts of the Emerald Isle and this road trip takes you out to the coast from Killarney, where visitors will find fantastic views of the breathtaking Skellig Islands, which featured in the Star Wars movies.

The Most Popular US Road Trips

Big Sur is not only the most searched global road trip destination but also the most searched domestically by Americans. One of the more spectacular aspects of this route is the exquisitely engineered bridges that span rivers and gorges where they meet the ocean, with the Bixby Creek Bridge being one of the finest examples.

Once again Route 66 comes in second by just over 1 million annual domestic searches, with around 2.17 million Americans searching for the route. With over half of all Americans not owning a passport, a state crossing road trip would certainly be a good domestic holiday option.

When BBC motoring show Top Gear visited the Blue Ridge Parkway in 2010 they discovered that a downside of driving on it is the low-speed limits, however, who needs to go fast when you can take in the view surrounding the road? The Blue Ridge range is a part of the Appalachian mountains and the road through them has spectacular views of the surrounding landscape, stretching 469 miles from North Carolina to Virginia.

The best and worst countries to drive in as a tourist One of the best ways to truly experience a new country is by car, allowing you to explore your destination at your own pace, and go wherever your curiosity takes you. However, driving abroad can be intimidating, trying to find your way around unfamiliar […]

The World’s Most Powerful Driver’s Licenses

Which countries’ driver’s licenses can be used in the most countries, with the fewest restrictions? If you’re moving to a new country, there’s a lot to think about, including whether your current driver’s license will be valid in your new home, or whether you might have to take a new driving test. The rules vary […]

The Cheapest & Most Expensive Attraction Car Parks [US Report]

Whether you’re on holiday abroad or vacationing closer to home, costs can add up fast. Before you realize it you could end up spending hundreds of dollars on surprise expenses like transport tickets, checking baggage, and parking your car. Driving in the USA is one of the easiest ways to road trip and get around. […]