What Do the US’s Most Dangerous Drivers Look Like?

It’s estimated that globally, someone is killed on the road every 30 seconds, with 20 injuries taking place too. And it’s not just drivers involved in fatal road collisions, as around 750 pedestrians are killed each day too.

We all want to avoid dangerous drivers, but what makes a driver dangerous? Is it new drivers learning to drive, or seasoned drivers? To find out, we analyzed US road traffic accident data to create profiles of what a dangerous driver looks like – from their age and gender, to where they live. 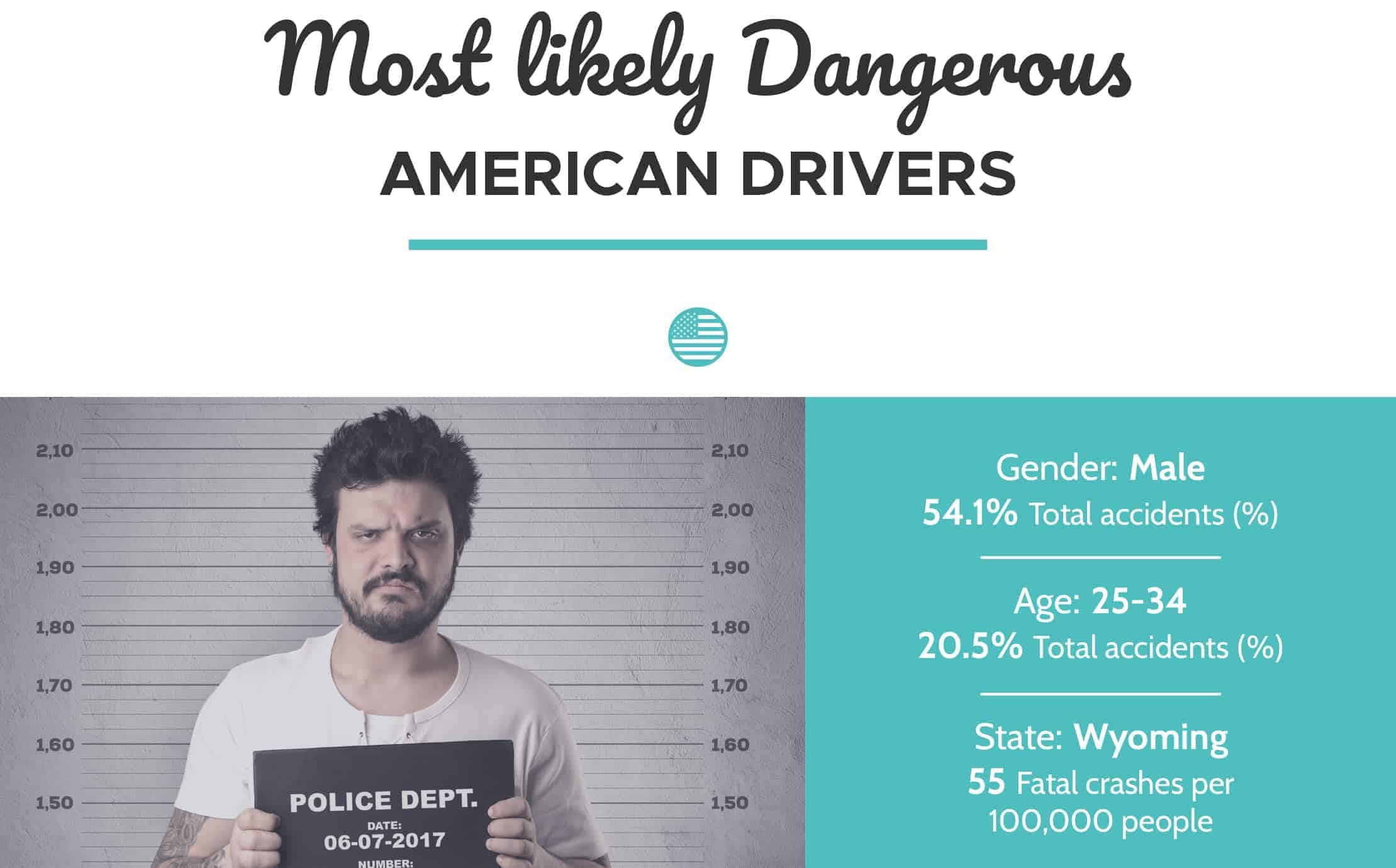 Which gender is most likely to be involved in an accident?

It’s commonplace for gender to be considered when motor insurers quote premiums, and unfortunately for men, theirs tends to be more pricey. In the USA, males are more likely to be involved in an accident, with the latest figures showing they account for 54.1% of total accidents, which is 9.2% more than females.

Which age group is most likely to be involved in an accident? 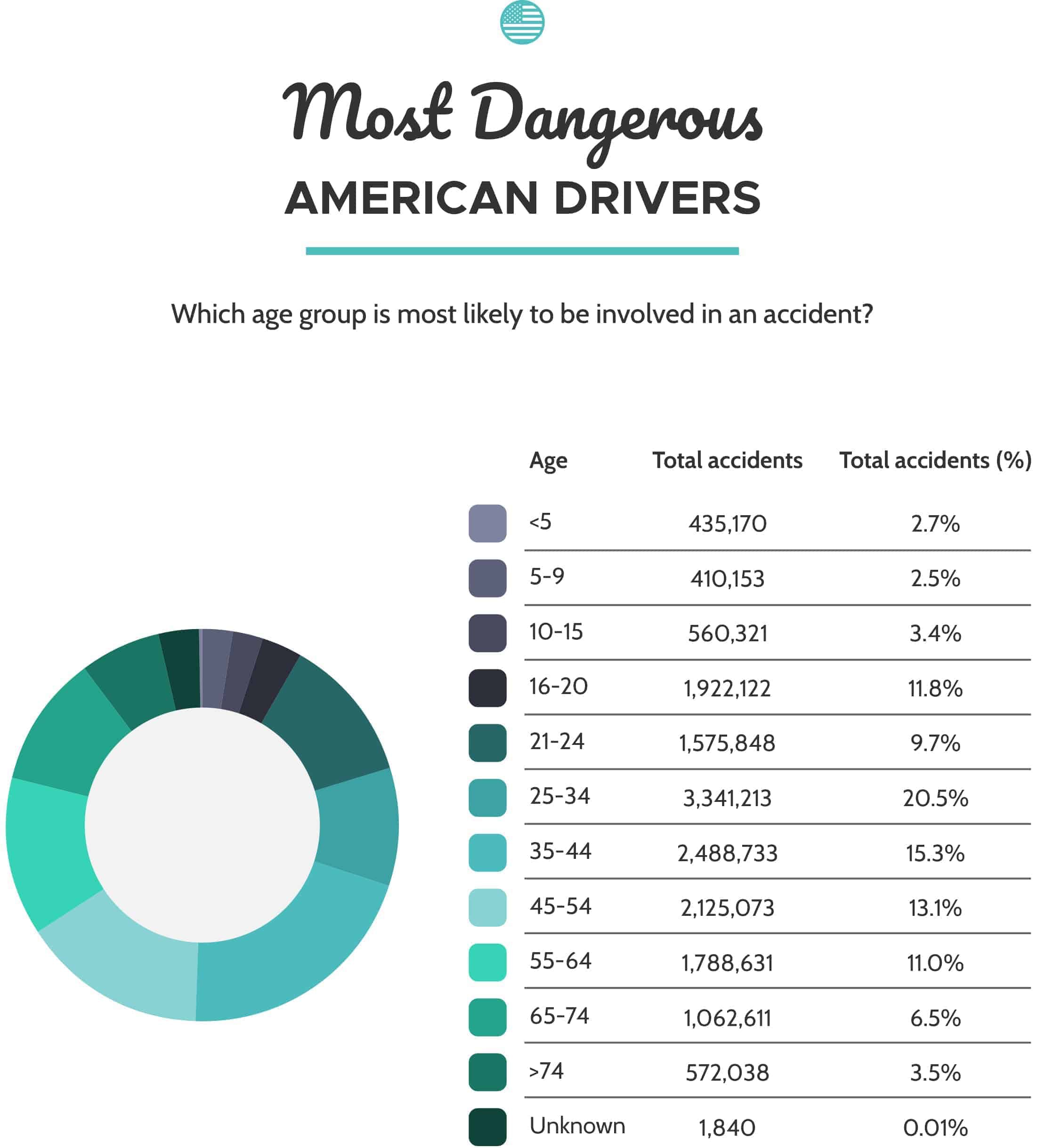 Which states are most likely to be involved in a fatal accident? 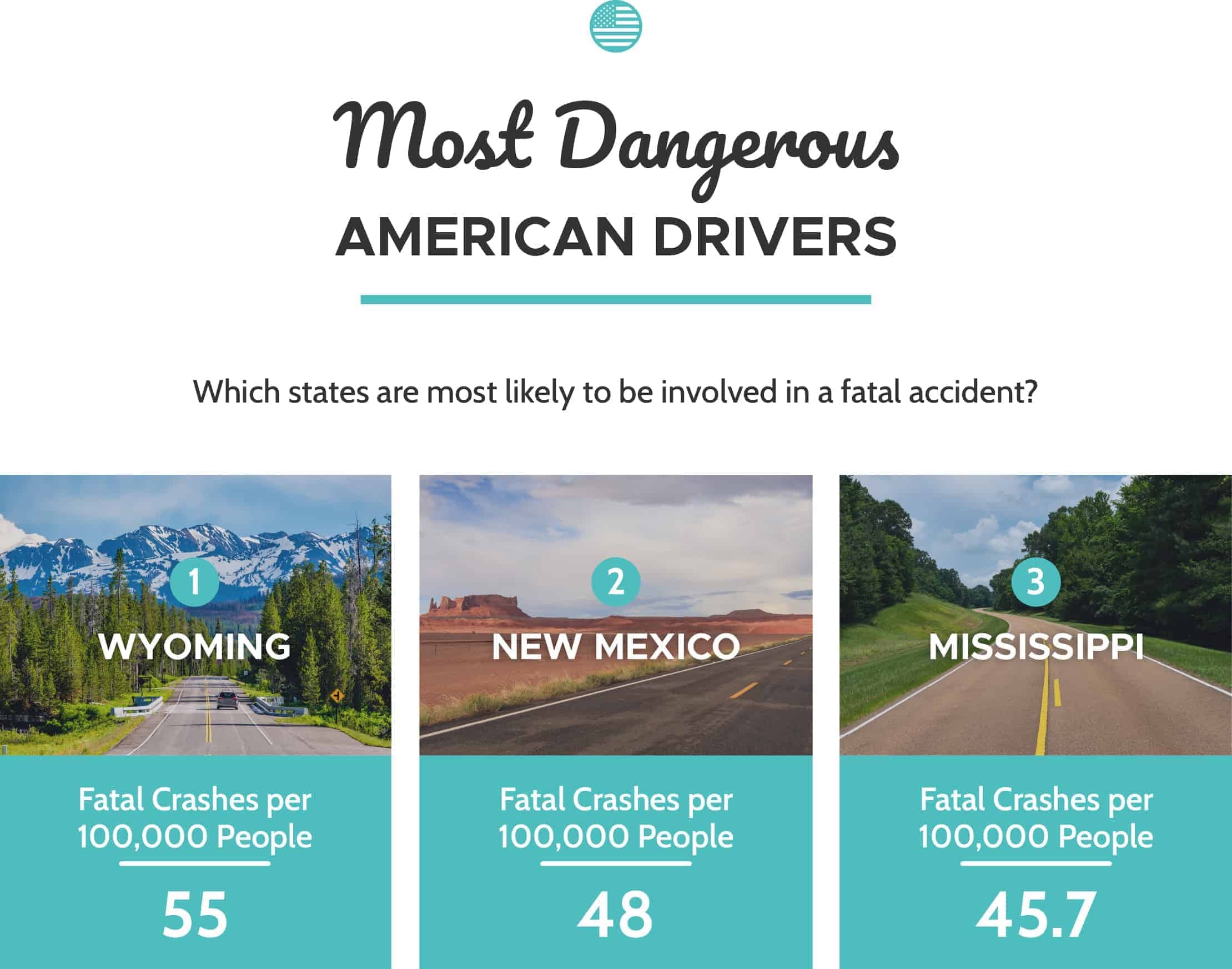 There are lots of ways to create safer roads. If you are a young driver, you should prepare for group pressure in case your driving with friends, as well as stay well within the speed limit.

If you’ve been driving for a couple of years, you should start thinking about refreshing the rules of the road regularly. Unlike what many drivers think, we forget important safety practices fast, and re-reading the handbook will help you keep these important safety practices top of mind. Also, speeding and cell phone use both play a huge role in creating more dangerous roads in the US, but they are also highly preventable.

Drivers need to drop the phone, slow down, and prioritize safety before convenience if we want to have safer roads.

All data sourced from the National Highway Traffic Safety Administration (NHTSA)’s Fatality and Injury Reporting System Tool (FIRST) and relates to crashes in 2019.

When looking at the number of crashes by gender and age, figures refer to all motor vehicle crashes that occurred, however when breaking things down by state, data was only available for those crashes which resulted in a fatality.