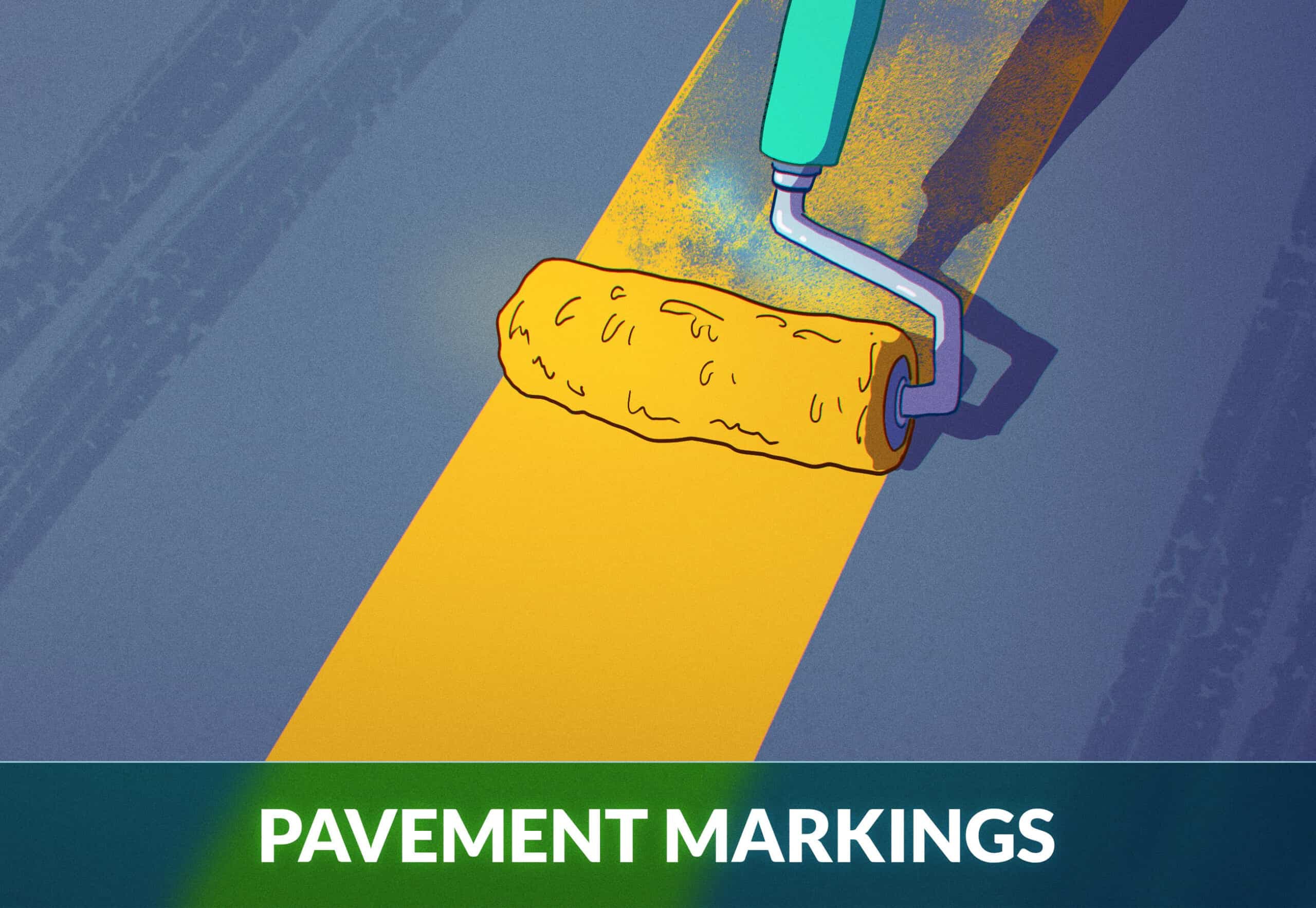 Pavement markings such as solid yellow lines and painted symbols are used to divide lanes, as well as indicate when it’s legal to pass, safe for changing lanes, turn, and when you have to stop.

We’ll go through these different types of road markings and their meanings today.

You may cross single broken white lines to change lanes when safe.

You must not cross single solid white lines unless to avoid a hazard. Many drivers fail to obey this at traffic light intersections, which creates a dangerous situation for everyone.

You must not cross double solid white lines for any reason as they indicate a barrier.

You may, if safe, cross broken yellow lines to pass a vehicle in front. Make sure that the road ahead is clear before passing.

Depending on which side you are on, you may or may not be allowed to pass

There may be additional exceptions depending on where you live.

In this scenario, you’re allowed to drive to the left of double solid yellow road lines

What are Edge Lines?

Edge lines are solid pavement lines along the side of the road. They indicate where the lane ends and where the road shoulder begins. There are two types of edge lines:

What are Pavement Arrows?

If marked arrows exist, you must only drive in the direction indicated by the arrows.

Arrows may have more than one direction:

Place yourself in the correct lane well in advance of an arrow so you don’t have to make last-minute lane changes.

What are Reversible Lanes?

Generally, a reversible lane will be open in one direction during the morning commute, and in the other direction in the afternoon.

Diamond symbols are used to indicate special purpose lanes, such as lanes reserved for High Occupancy Vehicles (HOV). Unless you comply with the requirements of the HOV lane, you must not drive in a lane with diamond pavement symbols.

Look for signs indicating who may drive in a HOV lane

HOV lanes are restricted traffic lanes where only vehicles with a certain number of occupants (usually 2 or more) are allowed to use. Some vehicles like buses, motorcycles, and low-emission vehicles are exceptions to the rule and can use the HOV lanes at any time.