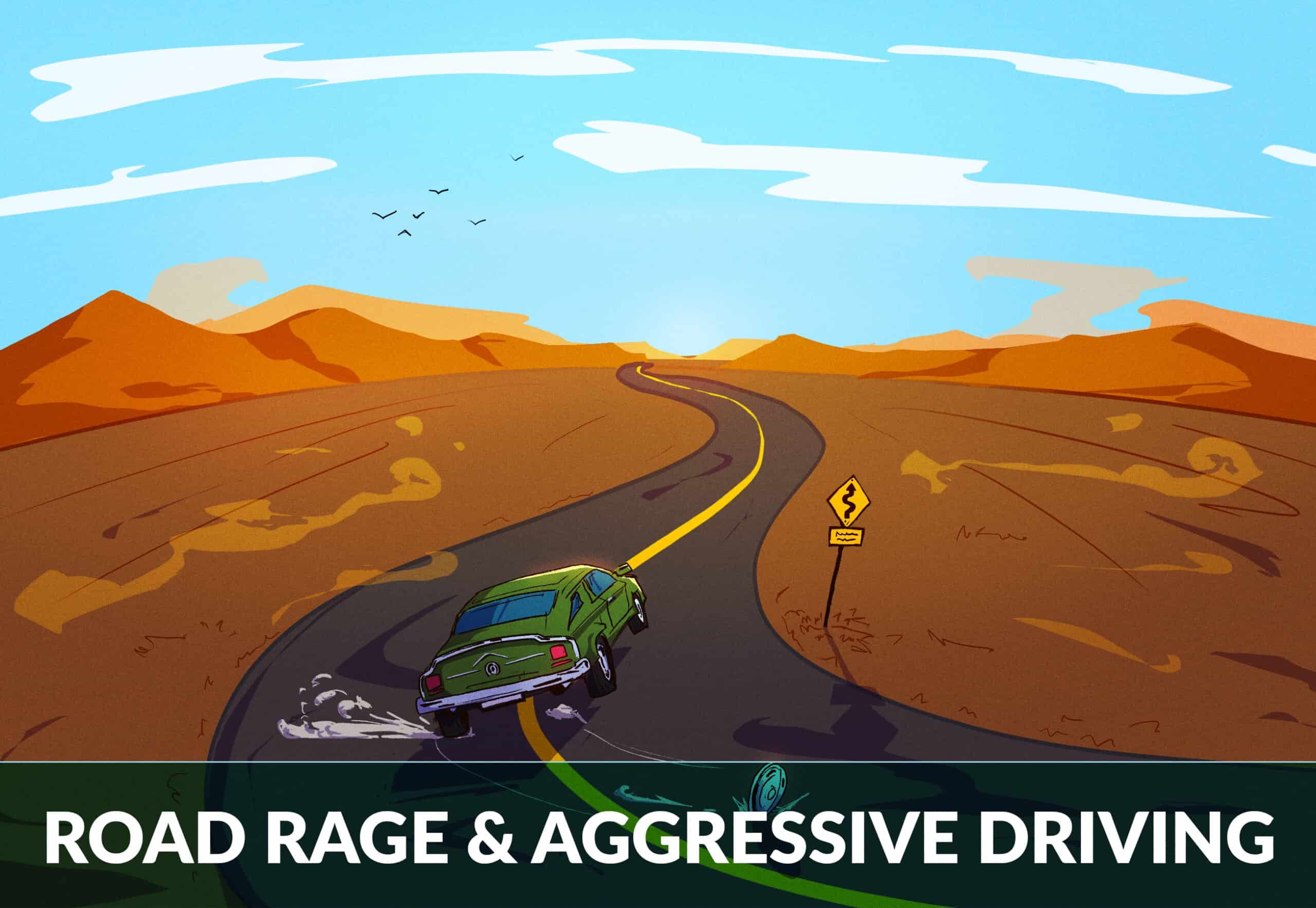 If you&#8217;ve been driving for any length of time, you&#8217;ve probably encountered dangerous drivers. Screaming, vulgar language, and even violence have become more frequent on the road in the last few years.

In this article, we’ll go through what causes road rage, if you&#8217;re susceptible to it, and how you can avoid it.

What is Road Rage?

When a driver exhibits extreme aggression or anger with the intent of causing physical harm or property damage, this is referred to as road rage.

Road rage can manifest in the following forms:

The National Highway Traffic Safety Administration categorizes road rage as a criminal offense, while aggressive driving is a traffic violation.

Tailgating is an example of aggressive driving.

While the causes of road rage vary, one of the most common causes is anger. Here are examples of situations that can lead to road rage.

Traffic jams are bothersome for all drivers, but they are intolerable for some. Drivers with low traffic tolerances may react by tailgating, changing lanes frequently, or becoming enraged at anyone who slows them down.

Some people feel less constrained in their behavior when they are not seen by others and are unlikely to see the witnesses to their behavior again. The sense of anonymity that a driver experiences as a result of being shielded from the outside world by the vehicle can lead to dangerous behavior, and road rage.

What is considered acceptable road behavior varies from one person to another &#8211; some drivers show a lack of respect for authority and others, which may enrage those around them and result in a confrontation.

Show respect towards other road users.

Tailgating, speeding, cutting off other drivers, talking on the phone, and changing lanes without signaling are all actions that can make the blood boil. Ask yourself if you engage in any aggressive driving behaviors that may cause others to lash out.

Some people drive aggressively because they are running late for work, school, meetings, doctor appointments, or any other important matters. That combined with the overwhelming and never-ending list of responsibilities that come with modern life can contribute to aggressive driving and road rage.

How to Avoid Road Rage

If you or a loved one is prone to road rage, and you believe it has become a problem, consider the following tips to avoid it happening again.

Sleep deprivation has been linked to increased irritability and anger. Getting enough rest will help you stay calmer on the road when things aren&#8217;t going your way. A good night&#8217;s sleep of 8 hours should do wonders for your mood.

We can act strangely when we drink alcohol. It has an effect on the brain that can make us angrier or more aggressive. In addition to mood changes, alcohol will impair your judgment, reactions, and overall driving abilities. Each year, DUI road fatalities account for nearly a third of all road fatalities. Don’t drink and drive!

Although this should be obvious, many people fail to account for delays caused by heavy traffic or other factors. It may be worthwhile to leave one hour earlier to arrive at your destination sooner. That way, a 5-minute wait won&#8217;t be as bothersome.

Leave early to avoid becoming stressed if you get stuck in a traffic jam or heavy traffic.

Good manners and civility encourage other drivers to reciprocate. This can help defuse a tense situation and keep a confrontation from starting. Use your horn sparingly and allow other drivers to make mistakes. If someone else is behaving badly, be the bigger person and continue with your day.