What Are the Different Types of Driver’s License Classes?
AllCarCDLDriver's TestNewsReportsSeniors 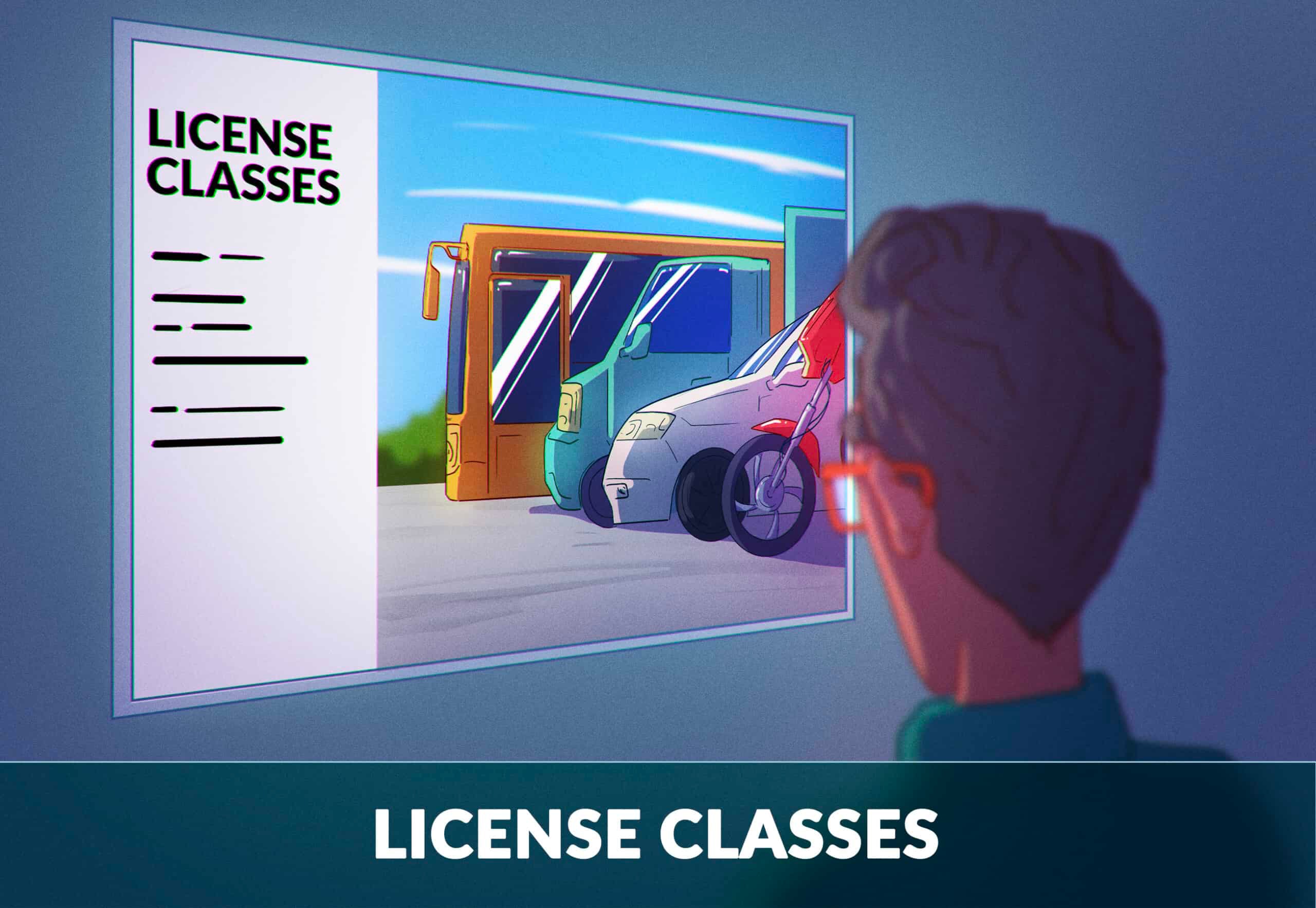 What Are the Different Types of Driver’s License Classes?

Obtaining a driver’s license is a privilege that many Americans consider to be a special accomplishment. In addition to the freedom to drive legally, the driver’s license also provides a way for drivers to prove their identity, address, as well as birthdate and age.

If you’ve spent any amount of time on US roadways, you’ll notice a number of different vehicles, including buses, motorcycles, trucks, and more. Many different driver’s license classes exist in the United States, allowing drivers to operate several different types of motor vehicles within the country.

Class M driver licenses are for drivers looking to operate motorcycles and mopeds. This class also includes other motorized two-wheel vehicles that require operator’s licenses. Most states require drivers to be at least 16 years old to apply for a Class M license. However, every state has their own laws pertaining to getting a Class M license.

Like the Class M license, the Class MJ driver’s license is only for motorcycles, mopeds, and certain other motorized two-wheel vehicles. However, it is only eligible for junior drivers, hence the ‘J’. Class MJ licenses are also only available in the State of New York.

Class DJ driver licenses are similar to Class MJ licenses in that they are only for junior drivers. Rather than motorcycles, they are for all passenger cars and trucks. All underage drivers in the state of New York will be required to obtain one of these licenses at some point in their driver’s license process. While the license class comes with restrictions, it is many students’ first introduction to driving on their own.

Class E licenses are generally issued to individuals 18 and over who are looking to work in the taxi and livery fields. Those with Class E driver’s license designation are able to operate passenger cars, trucks, and large vans with up to 14 passengers. In most states, rideshare drivers are exempt from the Class E requirement and will only need to obtain a standard operators license to perform this service.

If you’re looking to simply drive a regular car or truck around for school and work purposes, a class D or class C license is likely for you. The two are fairly interchangeable depending on where you are in the country. Age varies by location as well. In states such as Maine, drivers are eligible to apply for a license as young as 16.

Class B – Buses and Recreational Vehicle

Buses and recreational vehicles are operable with a class B commercial driver’s license. It also allows drivers to tow another vehicle that does not exceed 10,000 pounds.

The class A license offers drivers the benefit of both class B and class C/D.

The requirements and process for obtaining different classes of driver’s license varies from state to state. However, you are able to own more than one, if necessary. Whether you’re looking to purchase a new car, motorcycle, or moped, be sure to check out our guide to determine which license class is right for you.

Driver fatigue, or drowsy driving, is the feeling of being tired, sleepy, or exhausted when driving and is a major cause of crashes. It affects everyone regardless of driving experience, but experienced drivers are often better able to avoid fatigue by knowing when to take a break. Fatigue can slow your reflexes, affect your attention, […]

If you’ve been driving for any length of time, you’ve probably encountered dangerous drivers. Screaming, vulgar language, and even violence have become more frequent on the road in the last few years.  In this article, we’ll go through what causes road rage, if you’re susceptible to it, and how you can avoid it. What is […]

When you’re driving down the street, it’s hard not to notice the many road signs along US city and suburban streets. While a few of them are quite self-explanatory, the majority may require a bit of explanation to fully understand. Knowing your road signs is not only important for your knowledge of driving, but for […]